August 26, 2017
8pm, $5-15 sliding scale
Chapel Performance Space
Facebook event page
Gift Tapes event page
Gift Tapes/DRAFT presents Jarrad Powell & Golden Retriever for its forth installment of its 2017 program at the Chapel Performance Space, in association with the Wayward Music Series. Jarrad Powell will present some of his electronic music, offering up a rare opportunity to experience these works outside of a music for dance context.  Opening the performance will be Portland’s duo Golden Retriever, their first Seattle performance after their forthcoming record Rotations (Thrill Jockey) is released.

JARRAD POWELL
Jarrad Powell is a composer, performer, and teacher. He is currently a professor in the Music Department at Cornish College of the Arts in Seattle where he teaches composition, world music, gamelan, tuning and temperament, and other theory-related classes. He is Director of Gamelan Pacifica and Co-Director of IETI+I (“yeti”), the Institute of Emergent Technology + Intermedia at Cornish. His compositions have been performed and broadcast internationally and include pieces for voice, gamelan, various western and non-western instruments, electroacoustic music, music for theater, dance and experimental film. His work also includes numerous cross-cultural collaborations, particularly with Indonesian artists. Since the early 80’s he has directed the group Gamelan Pacifica, one of the most active and adventurous gamelan ensembles in the U.S. As Music Director and composer for Scott/Powell Performance, a contemporary dance company formed in 1994, he has created over 20 major works with choreographer and visual artist Mary Sheldon Scott. Other projects also include music for three innovative short films of Robert Campbell, as well as Campbell’s most recent feature-length film Pulchrior In Luce. His music can also be heard on environmental activist and filmmaker Jeff Fox’s most recent documentary film How to Let Go of the World (and Love All the things Climate Can’t Change). His work has been commissioned by The Walker Arts Center, Performing Arts Chicago, On the Boards, Music in Motion, Southeastern Center for Contemporary Art, Myrna Loy Center/Helena Presents, the National Performance Network as well as individual performers. He has received numerous grants and awards, including NEA, Arts International, Rockefeller Foundation, Paul Allen Family Foundation, 4Culture/King County, Office of Arts and Cultural Affairs/Seattle, Artist Trust Foundation and Creative Capital Foundation. His recordings can currently be found on New World Records, Present Sounds, and Blind Stone Records.
http://jarradpowell.com/ 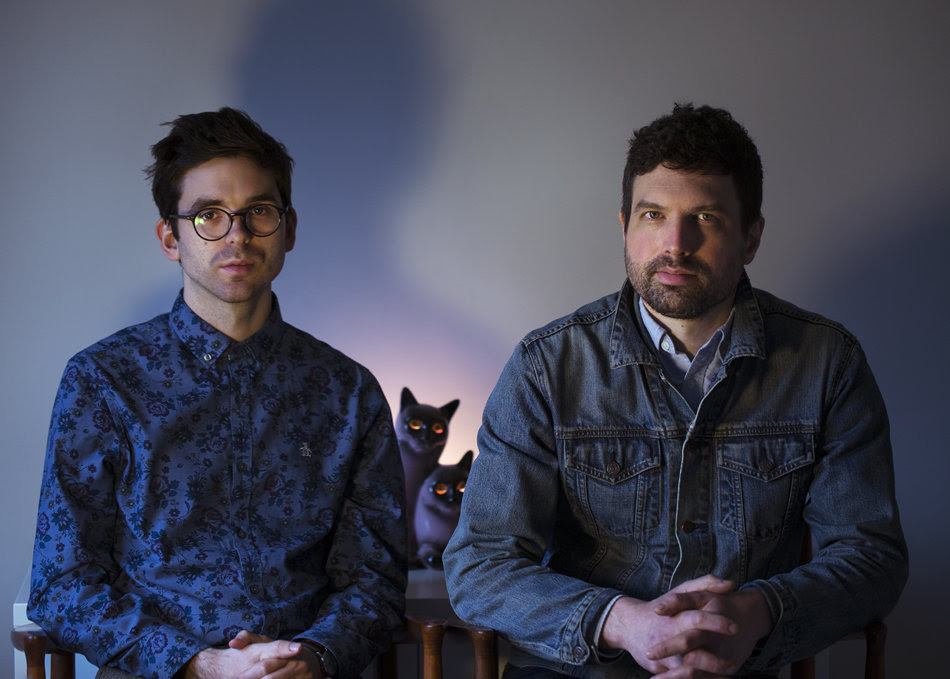 GOLDEN RETRIEVER
Golden Retriever, the duo of Matt Carlson and Jonathan Sielaff, have been developing their musical language since 2008. Primarily working with the intersection of modular synthesis and amplified/effected bass clarinet, the duo have done eight releases for labels like Thrill Jockey, Root Strata, and NNA Tapes. Their music combines an intense emotional immediacy and meditative focus with strong melodicism and an organic, naturalistic approach to experimental electronic sound. Their next record for Thrill Jockey, “Rotations”, will be released this year, and features the duo expanding their sonic palette to incorporate a full chamber ensemble into their sound world.
https://goldenretriever.bandcamp.com/

This site uses Akismet to reduce spam. Learn how your comment data is processed.